To keep a clear record, it is advised that you use proper naming in the rules. The names should clearly reflect what their function is and where they lead. When zooming in you can see what a rule does, but with large projects you can quickly lose that overview.
As an example, let’s talk about the check-options and the active-options. You can have those mixed up quickly since they have similar functionality and icons. Starting these node names with their function will avoid confusion.
The same can be said for other nodes such as the visibility node, which can hide or show other nodes.

Rule Node Spacing is important for the overview and for possible additions later in the project. It is advised to give nodes the necessary space between the rules and to avoid making a messy web.

Use the same rule nodes as much as possible. That way, your ruleset will look more organized. For example, you can use the broadcast rule only once and then use the Forward event rule to keep overview. 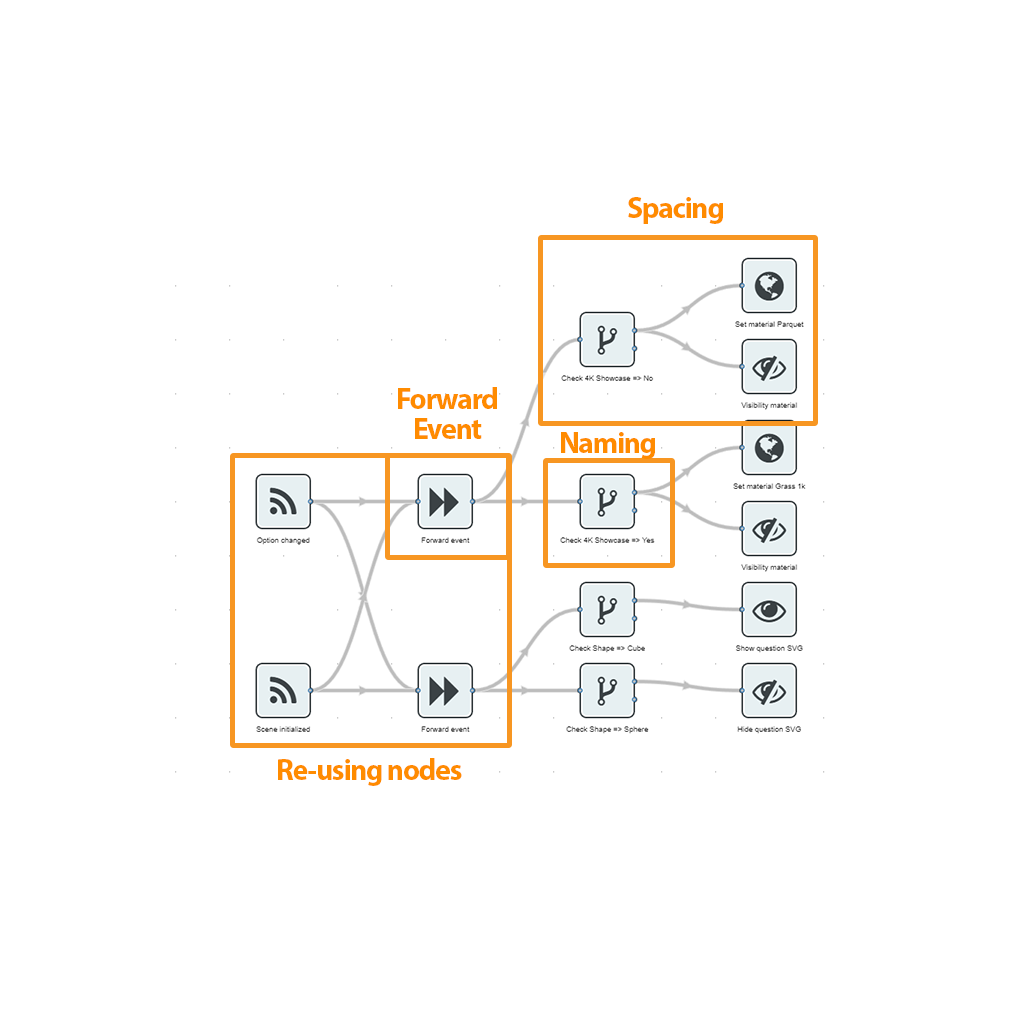